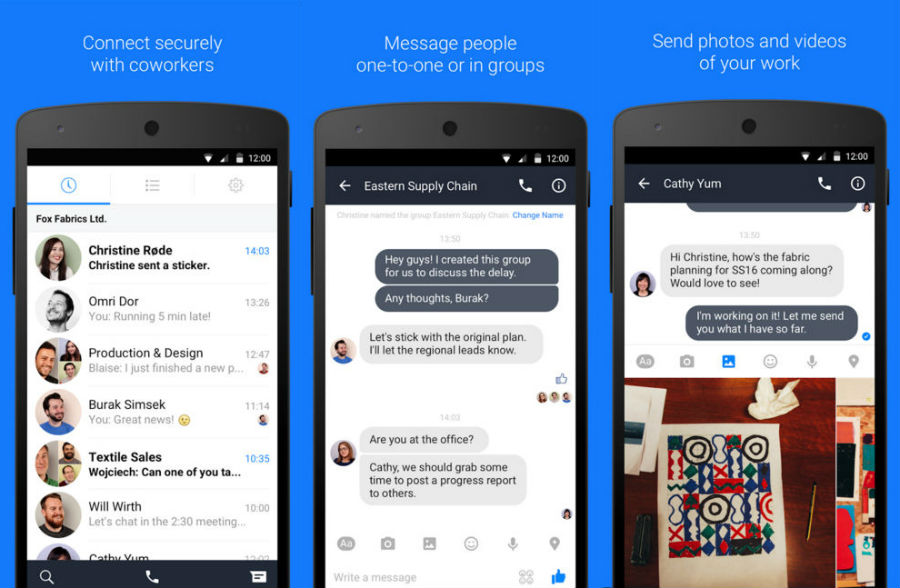 Facebook has recently launched a chat app for businesses. Currently in the testing phase, Work Chat will be used to expand into the corporate market.

Work Chat has not officially launched, but you can find it in the Google Play store limited to specific companies for private testing. Since its launch in January, Facebook reports it already has over 300 businesses actively using the tool.  Three of the biggest names are Heineken USA, Hootsuite, and it’s largest deal, the Royal Bank of Scotland, which plans to have 30,000 workers using the tool by March and 100,000 by the end of next year.

Facebook’s enterprise version may look similar to the consumer version. However, it includes its own website and applications for iOS and Android. Employers also have the choice to link their personal accounts or continue on just their work accounts.

This could be trouble for Slack, the cloud-based, corporate team communication tool.  Recently, Slack claimed 1.7 million users with a private evaluation of $2.8 billion. However, with Facebook’s 1.5 billion user base, Slack will face its first serious bit of competition.

Here are just a few of the highlights of Facebook’s new Work Chat: