Facebook to Remove Restrictions on Text Usage in Ad Images

If you advertise on Facebook, you know it can be a pain sometimes to meet Facebook’s requirements for ads. Well, we have some good news for you now! According to certain reports, Facebook will be removing its restrictions on ads which contain more than 20% text in the main image.

Facebook is contacting advertisers directly to inform them of the update: 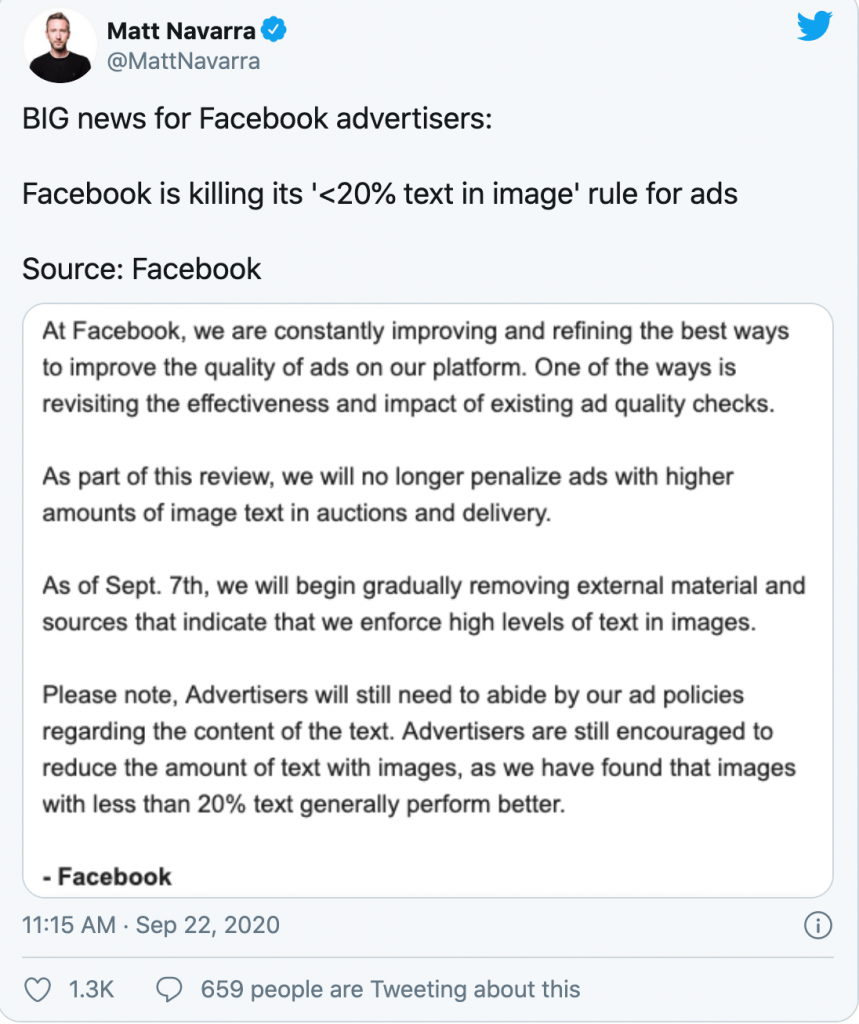 Before, documentation on the Facebook Help page stated that ads displayed on Facebook, Instagram, and the Audience Networked were screened to see how much text image were used in the ads. Ads with a high percentage of text in their images would not be approved. Now, Facebook simply suggests to use ad images with less than 20% text as these perform better. Facebook also had a Text Overlay tool which would help advertisers see if their ads met the text image requirements. This tool is no longer available.

In the past, Facebook also restricted the reach of ads which contained a higher percentage of text as the company explained users did not like to see ads with too much text in them. However, with this new update, reach restrictions will not be placed on ads with a larger amount of text. In conclusion, if your ad contains more than 20% text in the main image, not only will it be allowed, but your reach will not be affected as well!