Respond with More Emotions with EMOJIS 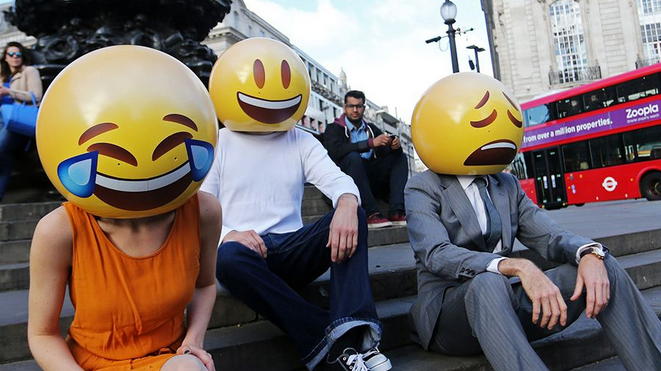 Remember the rumors about Facebook planning a dislike button? It’s actually much more than that: Facebook Reactions (the official name of the feature) incorporates a multi-faceted button with several different emoji-inspired responses to a post, including anger, sadness, surprise and love.

Facebook revealed the new feature in a post by Chief Product Officer Chris Cox. Engadget en Espanol first reported the news which was later confirmed by TechCrunch. The feature — which is technically still a “test” — will roll out first in Ireland and Spain on Friday.

The new emotions will be displayed as a drop-down menu below the regular “like” button, and it will be available both on Pages and regular user profiles. There are seven in all: “Like,” “Love,” “Haha,” “Yay,” “Wow,” “Sad” and “Angry.” They will appear both in mobile and desktop versions of Facebook, and once they do appear, there will be no way to turn them off, though Facebook at one point considered that option.

As far as Facebook’s Ad Manager is concerned, all the new reactions will be considered as a “Like” — for now. According to Adam Mosseri, Facebook’s director of product, who spoke with TechCrunch, they will eventually be registered separately in Facebook’s analytics dashboard.

In September, Facebook CEO Mark Zuckerberg announced the company is definitely working on a way to express empathy in a reaction to Facebook posts, though not strictly a “dislike” button. “We are very close to shipping a test of it,” he said at the time. Hours after Cox’s post, Zuckerberg himself sent a status update about the feature:

Today we’re launching a pilot test of Reactions — a more expressive Like button. As you can see, it’s not a “dislike” button, though we hope it addresses the spirit of this request more broadly. We studied which comments and reactions are most commonly and universally expressed across Facebook, then worked to design an experience around them that was elegant and fun. Starting today Ireland and Spain can start loving, wow-ing, or expressing sympathy to posts on Facebook by hovering or long-pressing the Like button wherever they see it. We’ll use the feedback from this to improve the feature and hope to roll it out to everyone soon.